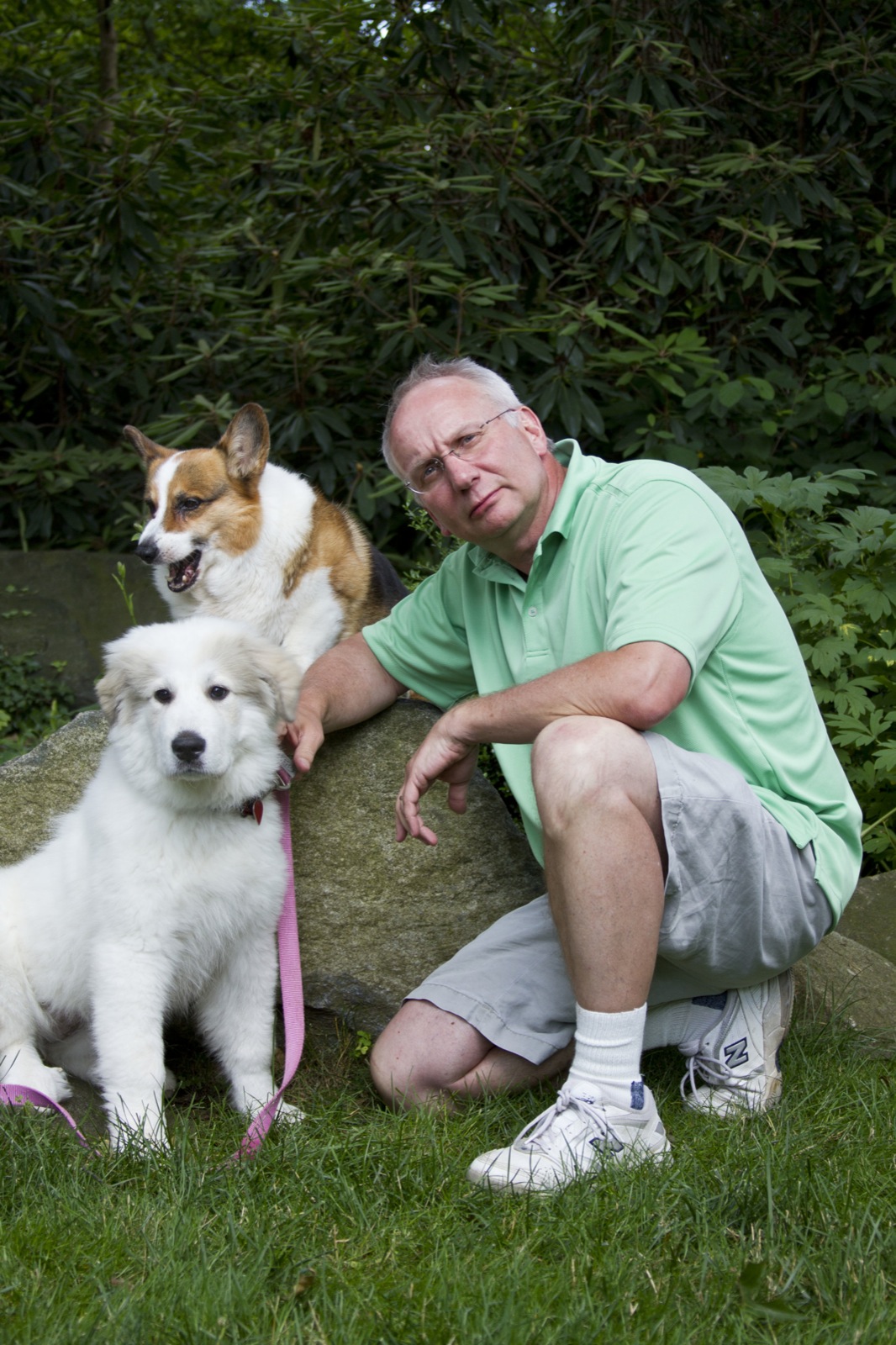 Prerequisite selfie. (What the hell’s going on with my hair?)

I will say that Flickr beats Facebook over and over for the friends I’ve found on these pages. I’ve lost many a friend to FB or even Instagram (Really? Buy an expensive camera and software/dumb it down to plastic toy quality?) I go through my contacts every so often and find friends that haven’t uploaded in a year or more, and frequently, I drop them. I’ve added new ones in the last couple of weeks. There’s a lot of talent out there.

In 2 weeks, it will be a year anniversary of Gracie’s passing. She was a giant part of my joining Flickr (inspired by a Mz Peggy out there in San Diego with her pyr pictures.) Over the years I’ve seen many of our 4 legged friends pass on. I’d never though I’d be in that situation ’til Grace passed away.

Now, I’m rather stunned to be holding a 17 week old pyr puppy and starting the whole thing over.

Thanks all of you. Much love.